It’s a daunting task – having to maintain a network of hundreds of thousands of miles of power poles. That’s the challenge facing Queensland energy giant, Ergon. 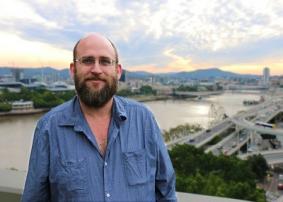 Centre researchers are now part of an effort to help Ergon with its challenge. They are involved with a new CRCSI and QUT collaboration with Ergon to develop a vision and sensing platform for UAV’s to fly over power poles and capture images. They are looking for things like rot in a pole’s cross-arms, along with other possible structural issues.

Right now, the work is being done by UAV operators, who must keep the airborne vehicles within their line of sight. It’s hoped this project will make their job much easier, by using on-board sensors to develop a force field, if you will, that will keep the UAV’s from getting too close to the poles or wires.

Centre Associate Investigator Jason Ford is among those involved with the project, which is an example of the type of research being done to tackle issues with infrastructure.

“This project was empowered by the Centre existing and provides an example of the type of work the Centre can do,” Jason said.

Ergon is going through a merger with Energex, with the merged company to be called Energy Queensland.