There were 195 people from 95 organisations involved – a range of government and local agencies in the Pacific Islands – received training on the coastal inundation models and analysis of the risk maps. These agencies now have the tools to understand and communicate climate change risk to local communities and put adaptation plans in place. 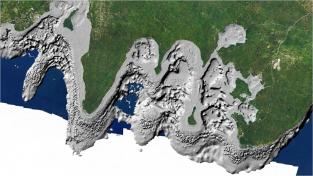 Of the four Pacific Islands involved in this Project, Vanuatu was the only country using Google Earth for GIS purposes. Using Google Earth as the platform, the Vanuatu Globe was developed as a visualisation tool for the display of digital elevation. The Globe was subsequently used by the Education Department of Vanuatu for teaching purposes.

The work was funded through the Department of Foreign Affairs and Trade in partnership with NGIS Australia and completed in late 2014.