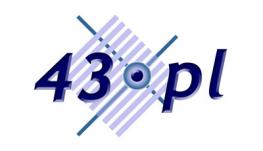 …. most 43pl members would not have participated in cooperative research programs without a 43pl-type mechanism

A hallmark of innovation is the ability and inclination to collaborate. Nearly 100 companies have participated in the CRCSI, contributing cash and in-kind resources. Not one has left on ‘bad terms’ and each has received benefit.

The SME consortium, 43pl, established a precedent in the CRC Program and is widely judged a success. 43pl and the CRCSI won the CRC Program STAR Award for Small Business Engagement in 2007. Established with 39 SMEs in 2003, membership of 43pl grew to 50 at 31 December 2009.

Clearly the CRCSI has succeeded in diffusing technology through an emerging industry sector; increased awareness of the benefits of R&D investment and innovation; and attracted the interest of a significant proportion of the entire Australian spatial industry. The annual cash and in-kind contributions of 43pl members more than doubled since CRCSI inception.

Innovative organisations are organisations that believe in and can pursue collaboration. CRCSI gives us the structure, the precedents and the understanding to collaborate at the low transaction cost and risk that small companies’ need.” - Mark Judd, 43pl Chairman