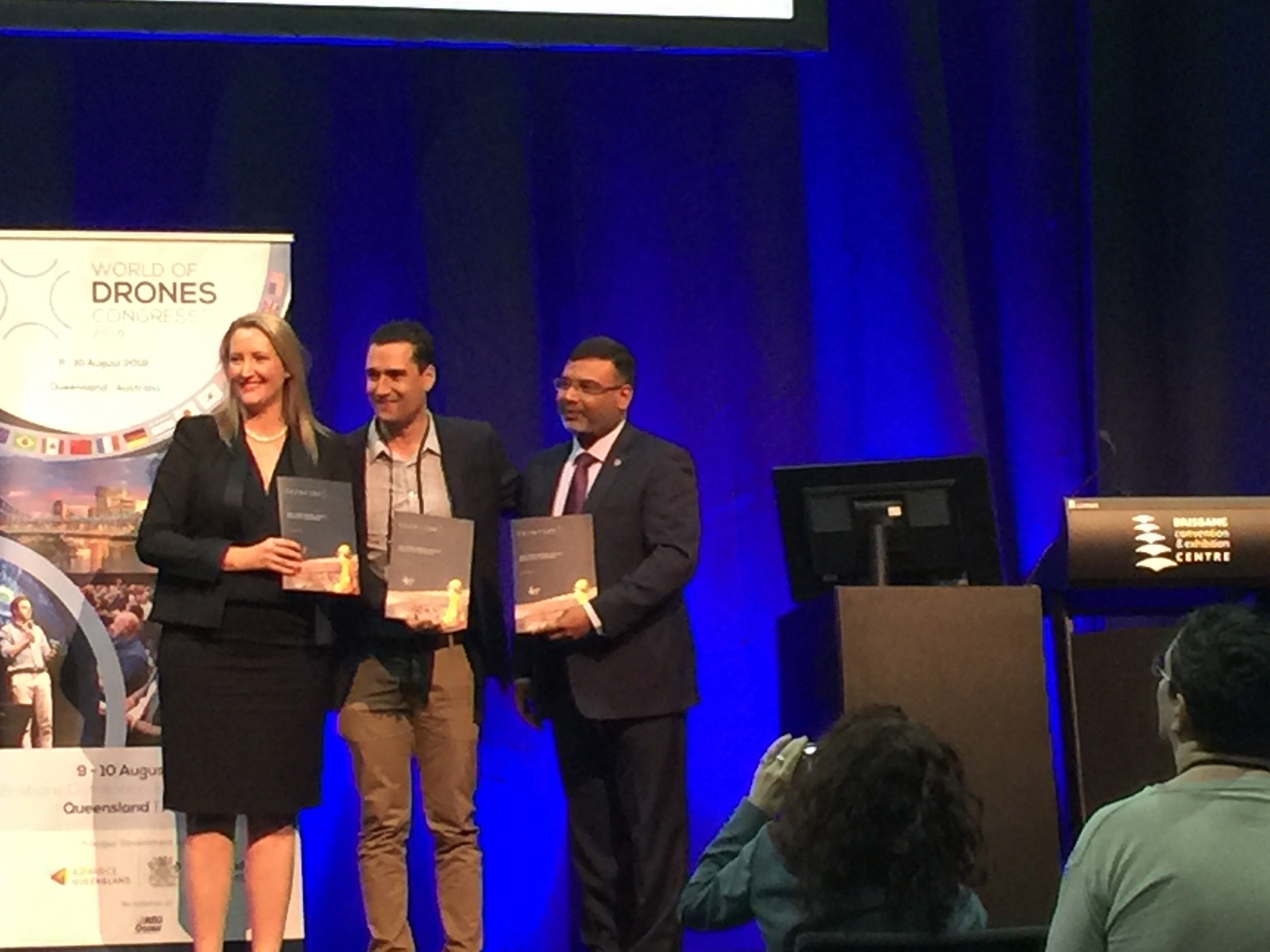 Nathan said that the plenary session at WoD reinforced the growing importance of UAVs within industry. “It was highly fitting that the report was launched at the end of the plenary session in front of a packed auditorium, with Dr Catherine Ball highlighting that the report confirmed the growing evidence about the importance of drones within industry,” he said.

The full report can be downloaded here, or take a little trip first and download the executive summary here.

Both Nathan and Zaffar agreed that the highlight, for many people including themselves, was the drone racing in the large hall beside the exhibition area. All conversations were conducted against the constant whirring of drones, as they whizzed around the circuit at breakneck speed – the whirring broken only by the occasional crash.

We would like to thank our QA4UAV funding partners, the Minerals Research Institute of Western Australia and the Victorian Department of Environment, Land, Water and Planning, for recognising our track record and supporting us in our role to bring the best people to solve the most complex spatial problems.