Delegates from fifteen organisations attended the United Nations Association of Australia (UNAA) Peace Program Roundtable held in Sydney on Friday 7 April, 2017 to mark World Health Day. The Roundtable was jointly hosted by the UNAA and the Australia & New Zealand Cooperative Research Centre for Spatial Information (CRCSI). Among the participants were CEOs of technology companies, Directors of NGOs and academics representing the humanitarian, technology and health sectors. The Roundtable was privileged to have representatives from the International Committee of the Red Cross, World Vision Australia and the Professor of Planetary Health at the University of Sydney.

The theme of the Roundtable was: “A 21st century response to attacks on aid and health care workers in conflict zones." The overall objective of the day was to test the viability of an Australian led proposal to develop and pilot a digital solution aimed at reducing attacks on healthcare in war zones. 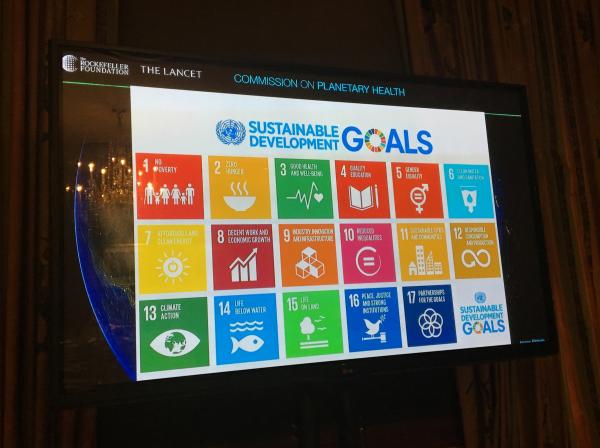 The proposal was tabled by Professor Tarun Weeramanthri, Chief Health Officer and Director of Public Health at the Western Australian Department of Health. Professor Weeramanthri recently returned from a mission in Iraq, where he gained firsthand knowledge of the impact attacks have on the provision of healthcare in conflict zones.

The proposal suggested a system that incorporated 21st century technology including; drones, Geographic Information Systems (GIS), real time tracking devices and blockchain which fosters a new generation of transactional applications that establish trust, accountability and transparency -- all critical elements of a feasible solution. The aim of the proposed system was to provide evidence of the existence of operational healthcare facilities so that if attacked, perpetrators could be made accountable at an International Court of Law. The proposed system would be an authentication/verification system trusted and agreed to by warring parties.

Read the Communiqué resulting from the Roundtable.