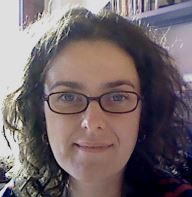 Ivana joined CRCSI and Curtin University in April 2017 where she will be working as a CRCSI Research Fellow. Her research interests and expertise are in spatial data quality and spatial knowledge infrastructures along with cadastre, and will provide the program with greater flexibility as we begin to integrate research outputs and deliver standards and tools in the semantic web space as part of creating a Spatial Knowledge Infrastructure for the future.

Ivana has many years of experience in standardization. Ivana represented (2004-2007) Slovak national standardization organization in the CEN/TC 287 Geographic information’s Outreach Group. She has been overseeing and reviewing the adaptation technical ISO standards into a national legal framework for geographic information. She is currently resuming her involvement in OGC’s Domain Working Group on Quality.